I made this recipe a few weeks ago with my sister because I had family coming over and it was a HUGE hit.  So I decided to make it again.  Its delicious, healthy and super easy!

Adapted from this recipe!

1 package of ground turkey or beef

1 28 0z can of crushed tomatoes (I used tuttorosso)

Optional: avocado and cilantro for toppers

1. Add a tsp of olive oil to a sauté pan and brown your meat on low for about 10 minutes until its almost cooked through

2. While you are browning your meat add the crushed tomatoes and 2 cups of chicken broth to the Slow Cooker

3. Continue to stir the meat

4. Peel and cut the sweet potatoes into little 1/2- 1 inch cubes then throw them in the slow cooker 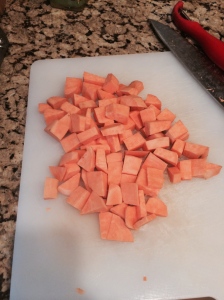 5. Peel the carrots and slice into little slivers and cut the remaining vegetables (onion, celery and garlic) then throw everything in the Slow Cooker

6. Once the meat is almost cooked through throw that in the slow cooker and mix everything around 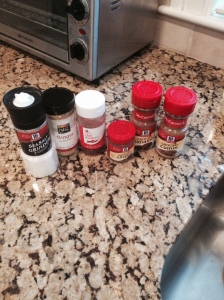 8.  Cook on high for 4 hours then on low for 2 hours (stir every couple of hours)

9. Take out the bay leaves and discard then top your chili with avocado and cilantro if you want 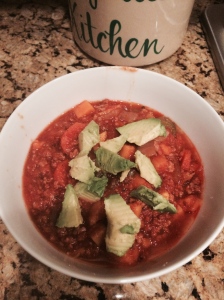 I love this recipe so much because it has a totally different spin than regular chili.  I love the sweet potatoes and the cinnamon gives it an extra zing!!!!

AND since Im doing the 21 day fix this is how I counted it: